The “PDW” acronym stands for personal defense weapon. While many of us might know the term from video games, this is a very real class of weapons. These firearms can usually be stored carried while being easily concealed and are able to be quickly deployed at a moment’s notice. Civilians will usually refer to this type of weapon as a “bug out gun” for their ability to be stored in small bags or backpacks. If you’ve ever watched the movie Black Hawk Down, the MP5 used by the downed helicopter pilot would be considered as a PDW. 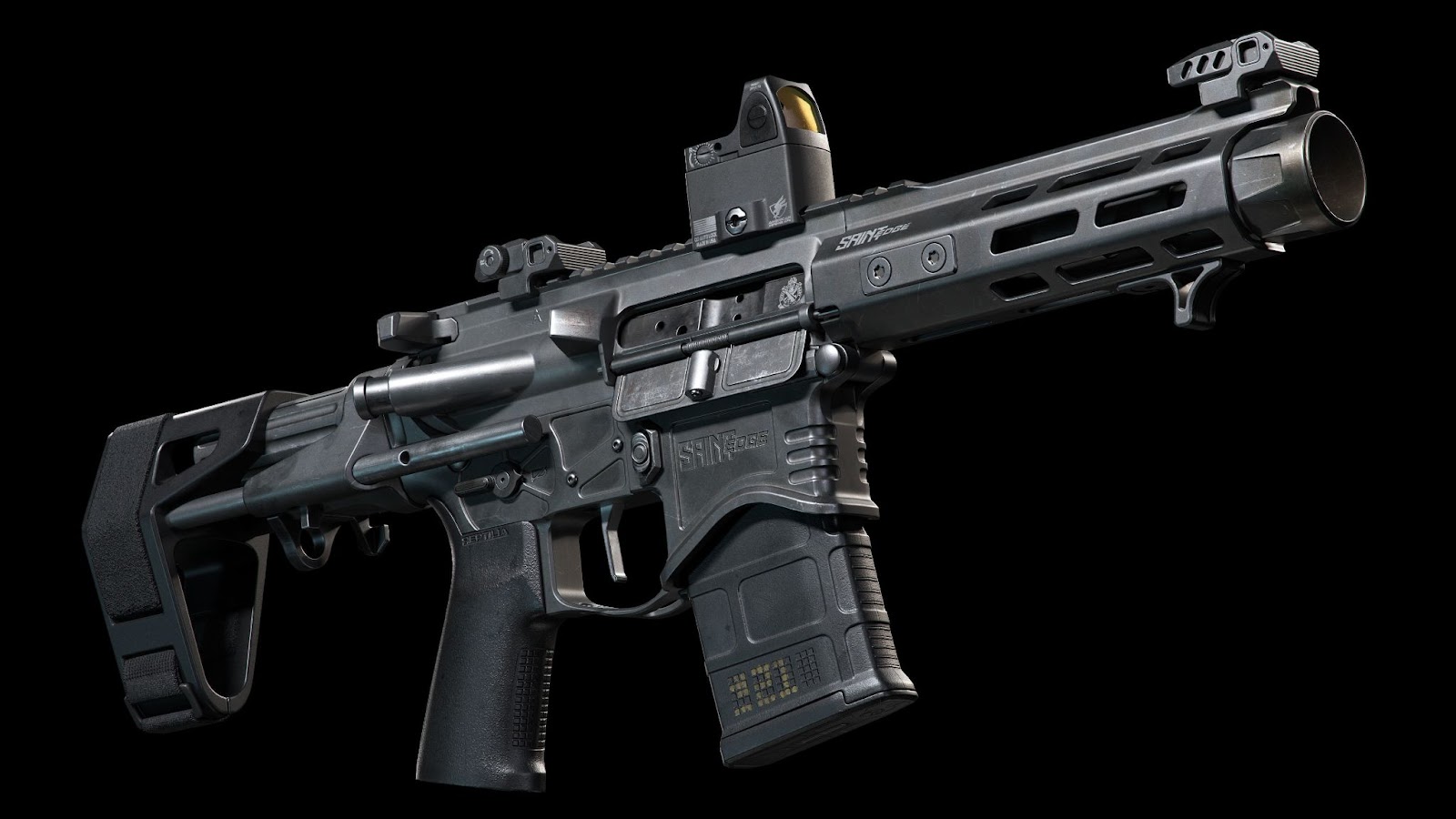 A PDW is technically a class of guns and not a legal term like SBR’s (short barreled rifles) are. Remember that barrel lengths are what matters mainly for a weapon to be classified as an SBR - as well as stocks. A PDW with a stock and barrel less than 16 Inches will likely be considered an SBR.

Some of these guns fall into ambiguous territory; it can often be safe to buy an AR with a pistol stabilizing brace for a bug out gun. Some PDW’s will come with fake suppressor on them with a longer barrel hidden inside to be compliant with federal and state laws.

What’s the difference between an SMG and PDW?

SMG stands for “Submachine Guns” and they are very similar to PDWs! The main difference you will find between an SMG or PDW is a submachine gun shoots sub-intermediate rifle calibers and will be a select-fire weapon. Personal defense weapons are usually semi-automatic only for the civilian market. A good example of this is the FN P90 which is also available as a submachine gun with select fire. 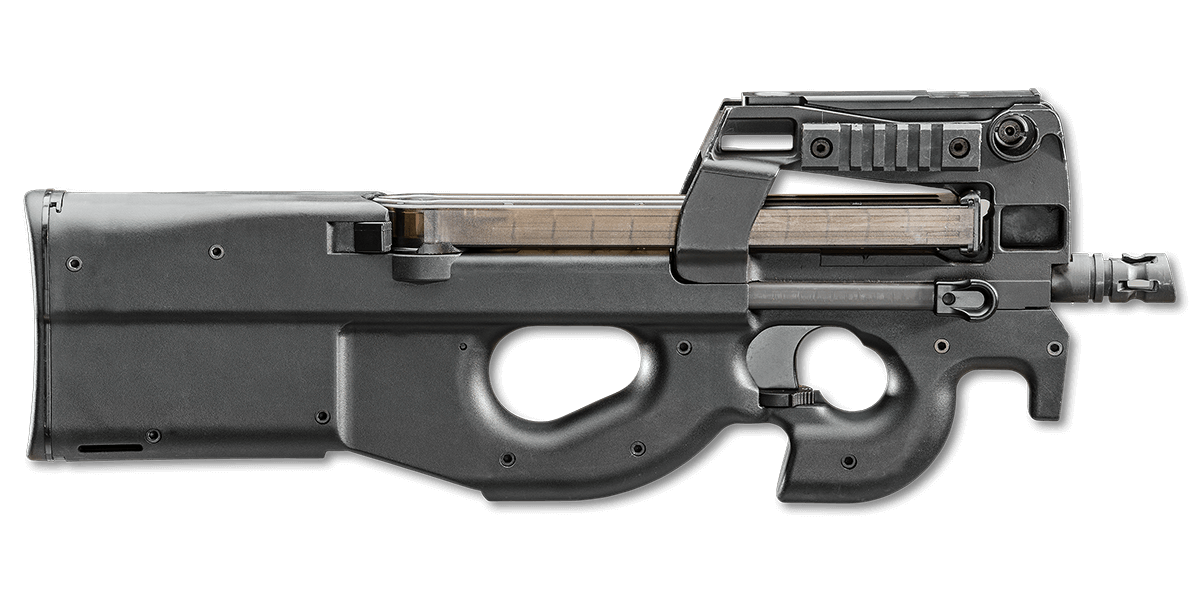 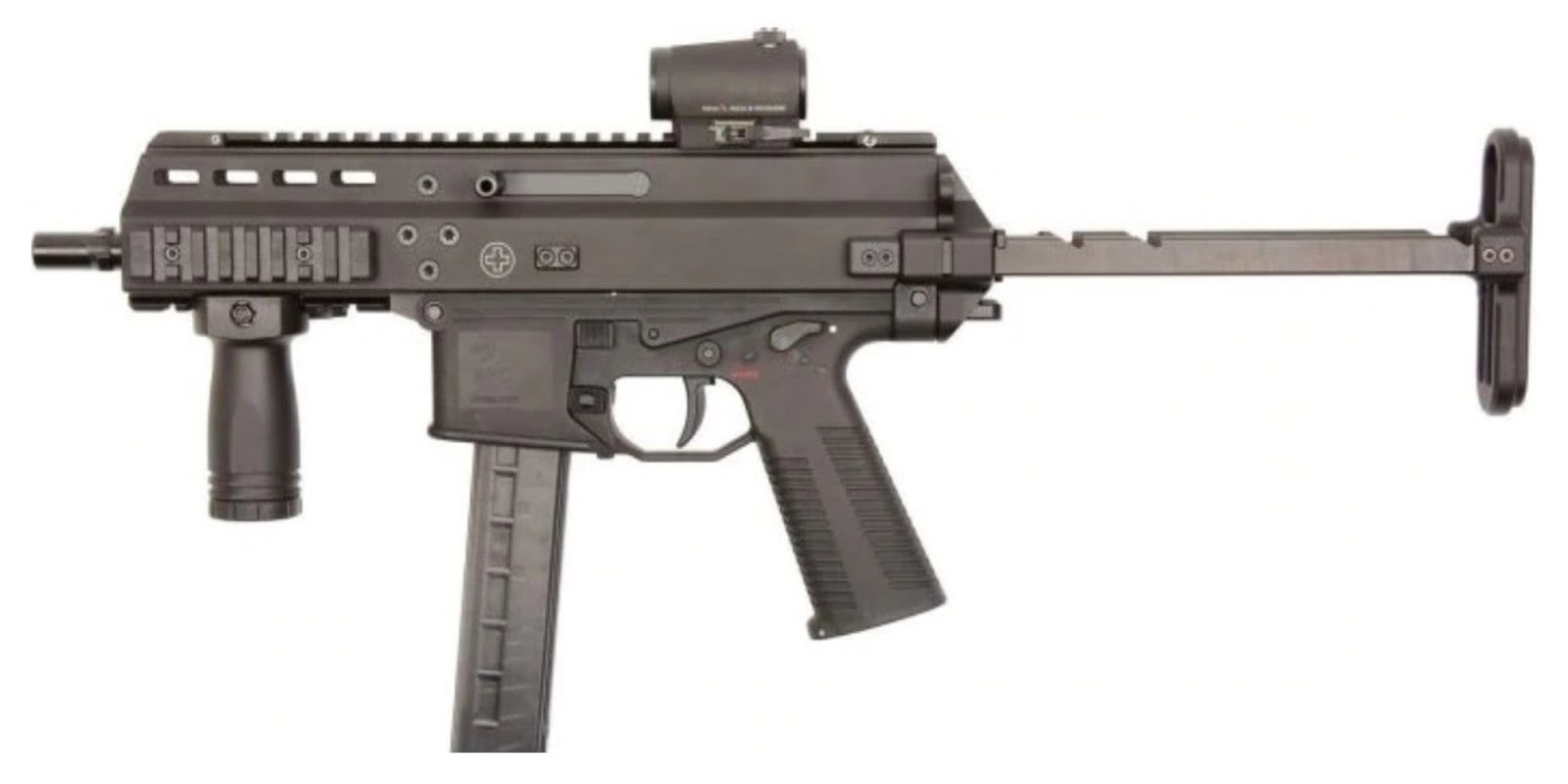 Is a PDW an assault weapon?

This is an important question to ask and it is worth checking your local state regulations when you begin to research PDWs. Even some pistol stabilizer kit manufacturers will tell you the moment you add your pistol into such a device it becomes an SBR and will have to be registered with the ATF. Make sure to check with your state and federal regulations when determining which PDW to buy.

Some of us with a taste for the AK platform wish we had an option for a PDW with features we train with and are familiarized with as well. Thankfully, not only are the AK-47 and variants one of the most populace (if not THE most populace) weapon on the planet but they’ve been adapted to nearly every situation conceivable as well! Not only can AKs with side folders be had in 7.62 and 5.45 but also in 9mm!

In Russia it is called the Vityaz. Here in the USA it is known by many names but the most popular readily-available models are from Kalashnikov USA (KSUA) with their KP-9 and Palmetto State Armory (PSA) with their AK-V. The KP-9 can be an incredibly good choice specifically for a PDW. The Kalashnikov USA PD-9 comes in pistol form, most options with a flash suppressor installed from the factory! The Kalashnikov KP9 already has a wide variety of accessories available too - as well as a top mounted Picatinny rail making optics’ attachments easy as well!

Other AK setups as PDW's

Other AK-47 variants can also be excellent choices for PDWs. Aside From the KUSA KP9, 9mm is not the only option when it comes to the AK-47 platform. Many variants of AK-47 exist but lets focus on the 7.62x39mm and the 5.45x39 mm. Both are excellent choices but the 5.45 is a really great round - maybe we should do another article specifically on it in the future? Let us know in the comments.

Most AK variants have trunnions that allow folding stocks - a necessity for a PDW. Remember that these are guns we must store in a vehicle/home or carry with us for defense that are able to be rapidly deployedIf we keep an AK-47 truck gun in our vehicle it needs to be able to be folded away and hidden out of sight. AK47 variants do this already as the side folder is one of the most common AKs.

PDW Setups for Glocks and other popular handguns are a great solution for a PDW setup. Handguns are much more difficult to be accurate with than a rifle. Thankfully some great companies have come up with a solution for your Glock or even your GST-9 Mod 1

Coming in at half the price of the MCK is the Recover Tactical RTSK. The RTSK is extremely low profile and will work with many handguns from Glock to Smith & Wesson. Accessories are plentiful for the Recover Tactical RTSK, allowing the shooter to customize the weapon to their individual needs. Keep in mind you will need to add a few accessories to match the functionality of the CAA MCK. Also known as the Micro Roni, CAA USA makes the MCK, which stands for Micro Conversion Kit. The MCK not only works for Glock models, but also CZ, S&W, Sig and many other handguns, including the GST-9 Mod-1! Simply slide your Glock or other pistol into the chassis system, close it up and you now have a PDW! This is a very easy to conceal package, and can be used with extended magazines for extra capacity. If you’re searching for a PDW and already have a handgun you prefer then this is a great option!

Should you buy a PDW?

Good question. While these options may work for many people - do these weapons do anything an AR15 pistol cannot at this point? The reality is that the AR15 system is far more modular and has nearly endless customizable options.

Conversion kits for pistols are a great option that can be cheaper overall, but you will be limited by the pistol caliber’s capabilities whereas the .300 Blackout is a far superior round, ballistically speaking, than any pistol caliber. Companies such as Daniel Defense, Sig Sauer and Q offer great options or you could build your own PDW to be exactly how you like it! Check out our easy-to-build AR packages here!