Skip to Main Content
15% OFF SITE WIDE HAPPENING NOW | Use code THE4TH
Due to the recent surge from the ATF’s ruling, we are experiencing high demand for our products.
Rest assured, your order will ship before the ruling is passed and lead times are posted on every product page. We will be providing you with all the support you need!
Close

he comparison between 6.5 Creedmoor vs .308 Winchester is similar to AR15 vs. AK47 or the 9mm vs. .45 ACP debate. No matter what, someone will always feel the other cartridge is better and nothing will change their mind. While it's great to have a favorite we can all agree that both the 6.5 Creedmoor and .308 Winchester have fantastic capabilities all around. Let’s take a closer look at the two. 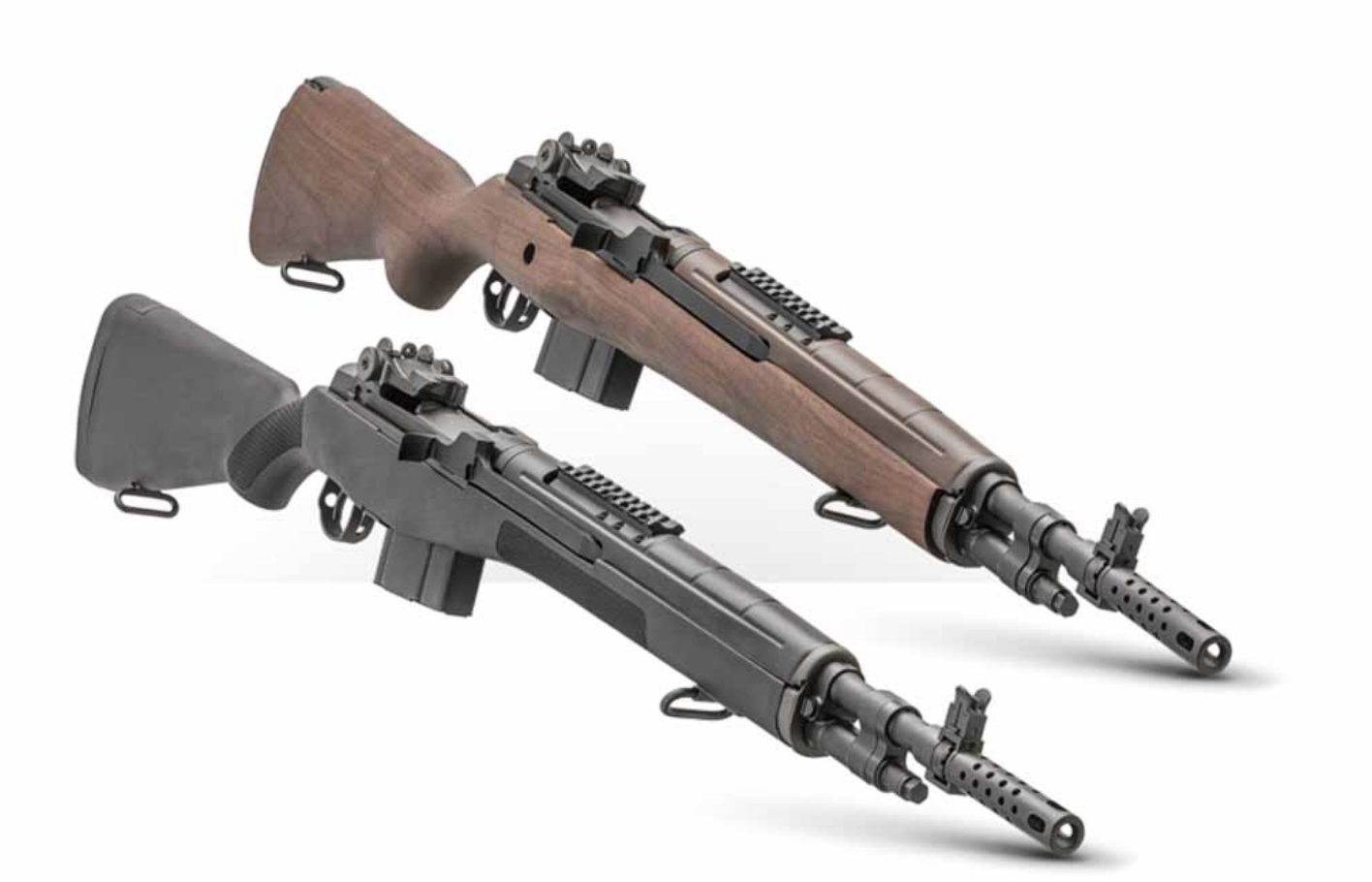 
.308 Winchester was originally designed to be a shorter-action version of the .30-06 for the military. The .30, being a shorter-action round, is capable of greater reliability for semi-automatic rifles like  the BAR.

After being used heavily by the military, the .308 was introduced to the civilian market in 1952 where it was offered in several hunting rifles such as the  Winchester Model 70. In 1954, the .308 Winchester was adopted by NATO and designated as the 7.62x51MM NATO. Fast forward to today and the 308 WIN has become one of the longest-running and most successful rounds ever developed by the military. 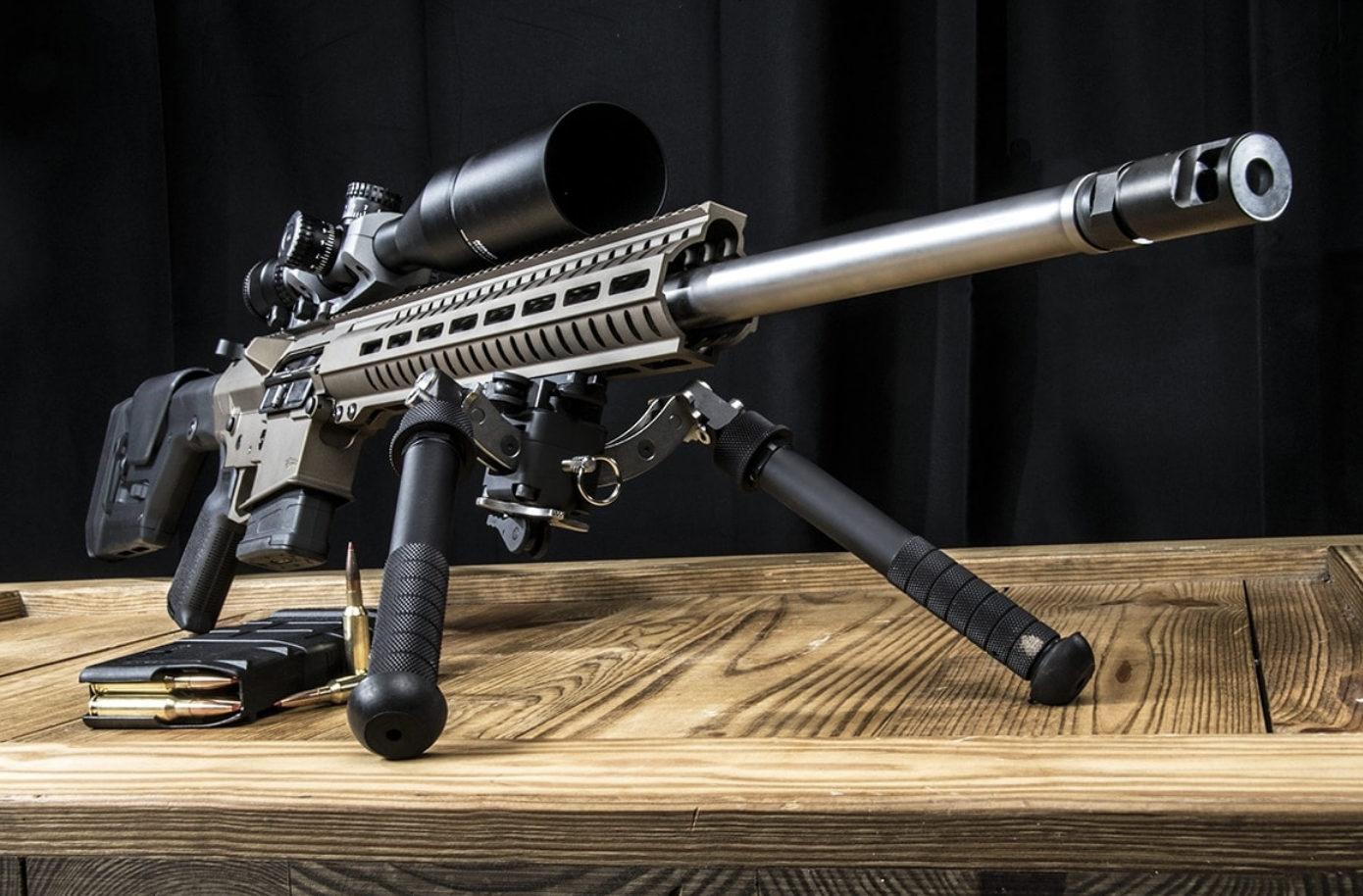 On the other hand, 6.5 Creedmoor is the relatively new kid on the block. First released to the public in 2007 by Hornady, the 6.5CM was developed to have a low perceived recoil and a high-ballistic coefficient while still being magazine-fed and promoted to offer good barrel life and accuracy. Though it was slow to take-off, USSOCOM adopted the round to replace their .308 rifles in 2019. 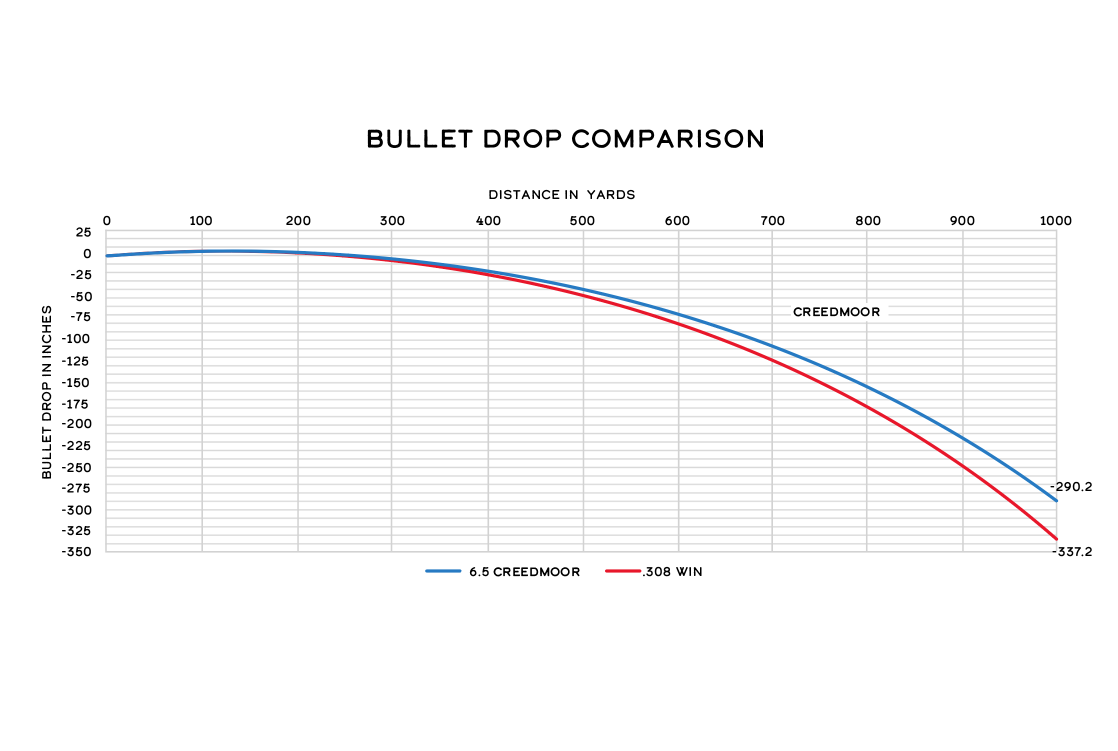 Both the 6.5 Creedmoor and .308 Winchester are incredibly accurate rounds due to their high ballistic coefficients. However, when the distances begin to get stretch past 800 yards, the 6.5 CM becomes the winner of this matchup. 6.5 Creedmoor retains more energy and has less of a bullet drop at long distances for shots out to 1000 yards which, non-coincidentally is why you'd see a lot of 6.5 CM guns at 1000 yard matches.

Recoil is always on every long-distance shooter’s mind and this is no different. As stated above, 6.5 Creedmoor was developed to have less perceived recoil than the .308 Winchester and it is the clear winner. When compared to a comparable .308, the 6.5 CM hits about 25% less than the .308.

Which is more expensive?

Since the .308 Winchester has been so popular for so long - nearly every ammunition manufacturer produces multiple loads for .308. Military surplus ammo is also available so you'll always be able to find .308 in any gun shop and while we wouldn't say 308 is cheap, it's certainly less than what 6.5 CM costs. The creedmoor round will also be much harder to buy in bulk as well.

As far as rifle rounds' cost go, .308 Winchester or 7.62x51mm NATO can be found in a lot of places from $.75 a round up to $2 for pricey hunting loads. .308 is such a widely used round that it can be one of the cheaper choices for cartridges.

Like just about everything else these days, 6.5 Creedmoor average costs have also skyrocketed. Expect to pay $2.75-$4 a round.

.308 Winchester has a proven track record of reliability dating back nearly 60 years with military, law enforcement and civilian shooters alike. Loads are usually in the 125-180 grain region and they deliver quite a punch with those heavy bullets. .308 has a kinetic energy advantage out to about 300 yards but both rounds have a similar trajectory. When we begin to push out past 500 yards the 6.5 CM hits about 6” higher than a comparable .308 Winchester round.

Which caliber should you choose?

.308 Winchester is far easier on the wallet than 6.5 Creedmoor. When we consider these high costs it seems that the novice shooter should consider a .308 and practice with the rifle a good bit before making the step into 6.5 Creedmoor. Unless we’ll be shooting over 500 yards consistently we might never experience what makes the 6.5 Creedmoor so special. (Don’t get us wrong though, 6.5 CM is an incredible round.)

Although it makes perfect sense for the military to swap over to 6.5 Creedmoor but it is a very expensive round for the average person. If we aren’t shooting at very long ranges consistently we might do best to stick with the .308 Winchester that allows us to shoot far more and not end up with an empty wallet after a range day. The 6.5 Creedmoor is an incredible round - it's just expensive to shoot.

Thanks for reading and spending some time with us here at 5D Tactical. When you are ready to build your own .308 or 6.5CM AR-10, why not check out our build kits here? Until next time!